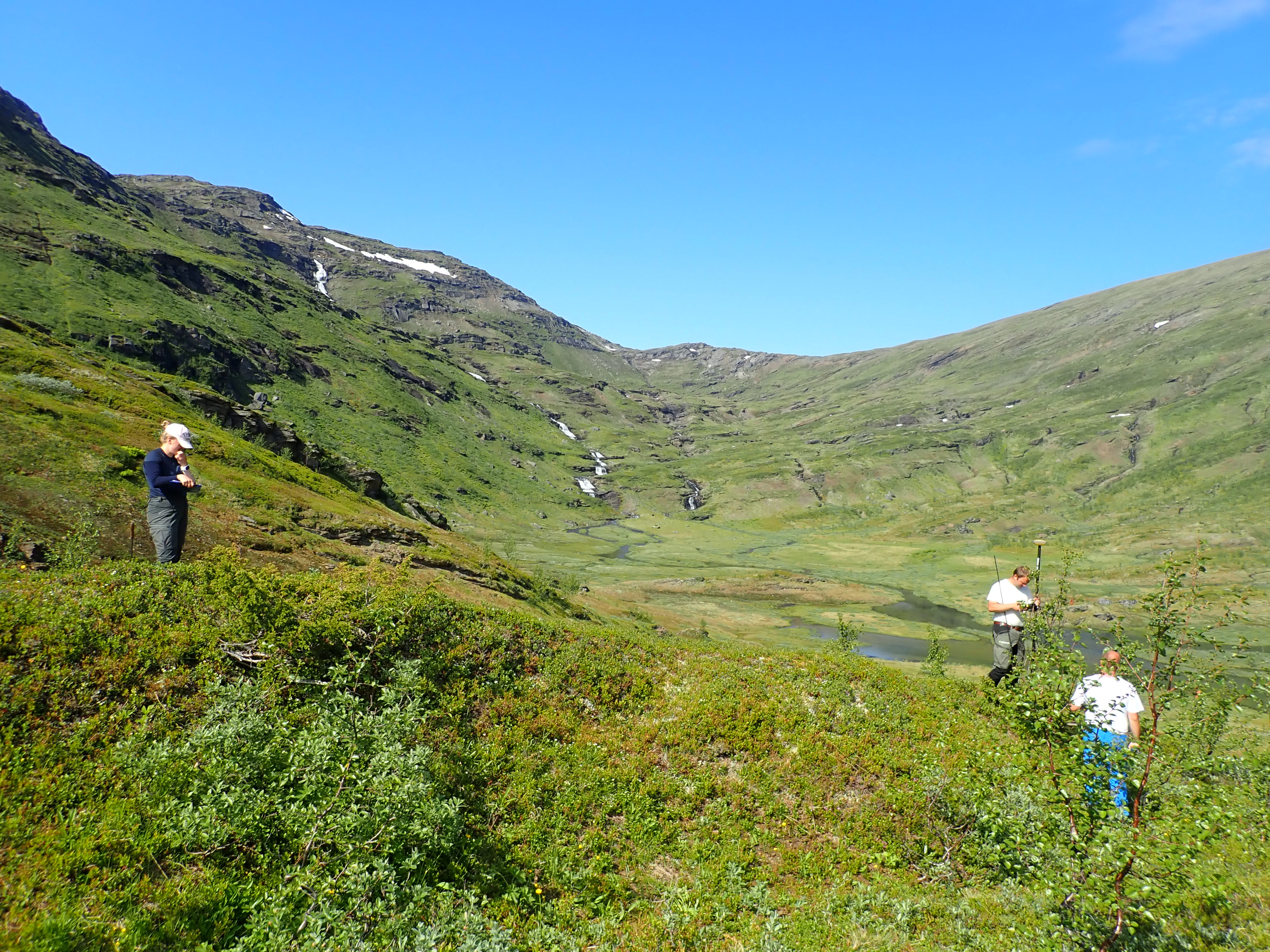 The trial lecture was entitled “Understanding Arctic greening and browning”.

Summary of the thesis
With global warming, the forest extent is expected to change, and the transition zone
between the upper forest boundary and treeless alpine landscape (i.e., the treeline
ecotone) is expected to migrate to higher elevations. This will influence the coupling
between the land and atmosphere by altering climate conditions and feedbacks.
Climate, and especially temperature, is thought to be the main driver of treeline ecotone
elevation. However, the factors affecting the treeline ecotone are complex and their
relative roles in treeline ecotone dynamics are not fully understood. Remote sensing by
airborne laser scanning (ALS) and unmanned aerial vehicles (UAVs) can be useful for
acquiring data with complete coverage of various factors such as topography and
vegetation for increasing our understanding of treeline shifts.

In this thesis, the main research objective was to investigate the relative role of climate,
herbivory, topography, and vegetation on treeline ecotone dynamics. To do this, we
used data acquired along an 1,100 km latitudinal transect covering 36 treeline ecotones
in Norway (59.9–69.5 °N). In addition, we also used data from a treeline ecotone site in
Norway with experimental herbivore density treatments. By using data recordings on
trees acquired from the latitudinal transect and experimental site, we examined the
relative role of temperature and herbivory on treeline ecotone dynamics. Using UAV
survey imagery and ALS together with field observations on vegetation, we investigated
the potential of using remote sensing for treeline ecotone land cover classification.
Further, using the resulting land cover classification maps, we aimed to disentangle the
roles of climate and herbivory in addition to site-specific factors such as topography
and vegetation on tree establishment in the treeline ecotone.

We found that climate, and especially temperature, explained more of the variation in
tree performance than herbivory along the latitudinal gradient. However, the roles
were reversed at the experimental site, as the different herbivore density treatments
clearly affected tree prevalence and annual radial growth. Thus, the role of temperature
and herbivory seem to depend on the life stage class of the tree. The models for
predicting land cover classes had overall high prediction accuracies, and field
vegetation data can thus be upscaled using UAV imagery. The resulting land cover maps together with the ALS-derived topographic variables were also important in explaining the variation in tree establishment along the latitudinal gradient. However, considering on-site variations was not enough to predict treeline ecotone dynamics, thus suggesting context dependency. The findings presented in this thesis stress the importance of taking multiple factors into account when explaining variations in treeline ecotones. This can help explain differences in treeline ecotone migrations in the last decade.

The importance of both winter and summer precipitation and moisture availability
together with temperature should be investigated further. More accurate herbivore
data is needed to quantify the relationship between browsing and tree establishment
along the latitudinal gradient. Even if predicting treeline ecotone dynamics is
challenging, it is important to monitor the treeline ecotone. Detecting short-term
changes across spatial scales can be done using various remote sensing platforms and
sensors. It is also important to understand the consequences of upward treeline shifts,
such as changes in albedo and carbon storage, which likely further will affect climate
change.